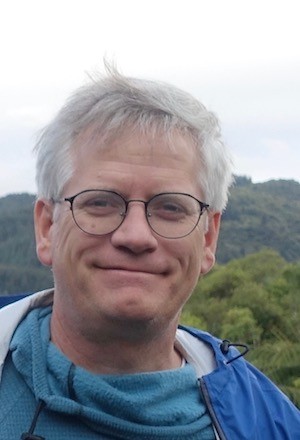 Steven Chillrud, Ph.D., is a Lamont Research Professor at Lamont-Doherty Earth Observatory of Columbia University. He describes himself as an environmental geochemist interested in public health research. Much of his research is focused on the role of particles in the transport, behavior, and fate of chemical contaminants. His expertise in exposure assessment includes the development and testing of air samplers and analytical methods for quantifying airborne contaminants. His formal training was in geochemistry and focused on analytical chemistry and understanding transport and fate of particle-associated contaminants in the Hudson River Watershed through the use of dated sediment cores. During his post-doc at Columbia University, he began reconstructing the history of atmospheric deposition of a wide array of particle-bound contaminants into NYC throughout the late 19th and 20th centuries.

Dr. Chillrud serves as Director of the Exposure Assessment Core Facility of the Center for Environmental Health in Northern Manhattan, which supports a wide array of air pollution projects, including supporting pilot projects in low- and middle-income countries and overseeing the development and use of air sampling equipment. His early work identified short commutes in the subway system as being the dominant exposure pathway for NYC adolescents to airborne iron, manganese, and chromium. Frustration with limitations of pumps and monitors led to efforts developing and testing miniaturized, personal air samplers for black carbon and multiple air pollutants. Dr. Chillrud is also active in research on enhanced remediation methods of groundwater and research translation within Columbia’s Superfund Program on Health Effects and Geochemistry of Arsenic.