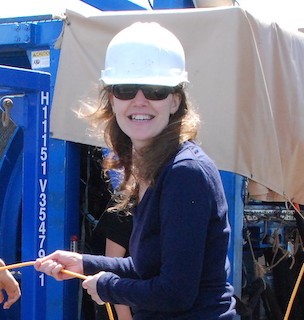 Maya Tolstoy is a Professor in the Department of Earth and Environmental Sciences at Lamont-Doherty Earth Observatory of Columbia University in New York. She is a marine geophysicist specializing in seafloor earthquakes and volcanoes. Dr. Tolstoy has led 18 research expeditions at sea as Chief or co-Chief Scientist and has 66 peer-reviewed scientific publications, including 6 in Science and 4 in Nature. She has led or co-led over $22 million worth of federally funded research, including co-PI for an Ocean Bottom Seismology National Facility for more than a decade, and was part of the leadership team that implemented the largest community marine seismology experiment to date – The Cascadia Initiative. Professor Tolstoy has been teaching in her area of expertise for more than 20 years, including courses at the graduate and undergraduate level in geophysics.