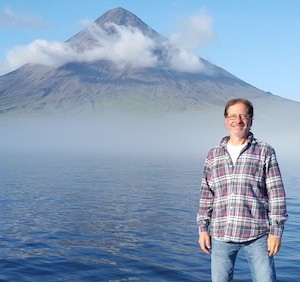 I use the products of natural radioactive decay to determine the timing of geological events and as tracers of processes in the solid Earth and oceans. Throughout the four and a half billion years of Earth history, magmas generated in the mantle have created crust, which in turn has been mixed back into the mantle by subduction, all resulting in major chemical differentiation of the planet. The combination of chemical fractionations and the decay of radioactive elements in rocks impart "fingerprints" that we use to understand how these processes work, and they are among the most versatile geological tracers. Their applicability extends across the spectrum of the Earth sciences and is limited only by our creativity and imagination. Among the most exciting aspects of radiogenic isotope geochemistry is that those of us who apply them are neither "hard-" nor "soft" rockers, and neither "Quaternary" nor "Archean" geologists.