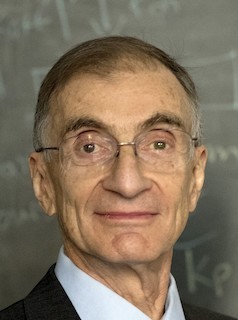 Joel E. Cohen is the Abby Rockefeller Mauzé Professor of Populations at The Rockefeller University and Columbia University, New York. He and his colleagues study populations, ecosystems, and environments using mathematical, statistical, and computational tools. His work focuses on phenomena that affect human health, other species humans interact with, and the human environment. Recent examples include food webs, insect-borne infections, tornadoes, and human population dynamics. Cohen has used modeling to make projections about future population growth, international migration, lifespan, and the interaction of education and child-bearing.

Dr. Cohen was educated at Harvard University, where he received a B.A. summa cum laude, two master's degrees, and two doctorates, one in applied mathematics and another in population sciences and tropical public health. He taught at Harvard until 1975, when he joined Rockefeller as a professor and head of the Laboratory of Populations. In addition, since 1995, he has been a professor in the School of International and Public Affairs at Columbia University. He is also affiliated with Columbia’s Department of Earth and Environmental Sciences and its Department of Statistics. He holds an honorary appointment in the Department of Statistics at the University of Chicago.

A member of the National Academy of Sciences, Dr. Cohen is a fellow of the American Academy of Arts and Sciences and a member of the American Philosophical Society. He received a MacArthur Foundation Fellowship, frequently referred to as a “genius” award, a Guggenheim Fellowship, a fellowship of the Japan Society for the Promotion of Science. He shared the Tyler Prize for Environmental Achievement and the Fred L. Soper Prize of the Pan American Health Organization, Washington, DC, for work on Chagas' disease. He has held honorary and visiting academic appointments in Argentina, China, England, France, and Japan.

Dr. Cohen received the first Olivia Schieffelin Nordberg Prize, awarded by the Population Council, for his 1995 book How Many People Can the Earth Support? He has written or edited 13 other books, including two on universal education and a collection of scientific and mathematical jokes, Absolute Zero Gravity, and more than 440 scientific papers and chapters.