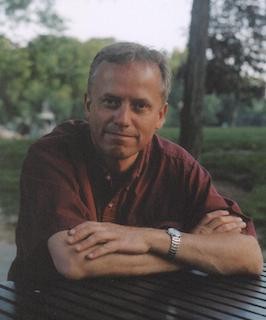 Göran Ekström is a geophysicist recognized for his seismological investigations of heterogeneous elastic structure in the Earth's deep interior, and for discoveries and understanding coming from the interpretation of seismic signals generated by earthquakes, volcanoes, glacier calving, landslides, and underground nuclear explosions.

Ekström was born and grew up outside Stockholm, Sweden. He graduated from Swarthmore College in 1981 with a degree in physics and did postbaccalaureate work in seismology at Moscow State University, USSR. He graduated from Harvard University in 1987 with a Ph.D. in geophysics. After postdoctoral work at Columbia University, he joined the faculty at Harvard in 1990 as a professor of geology and geophysics. In 2006 Ekström moved to Columbia University where he is a professor of Earth and environmental sciences. His teaching includes environmental hazards and risk assessment.

Ekström has served as chair of the Incorporated Research Institutions for Seismology, the EarthScope Steering Committee, the International Federation of Digital Seismographic Networks, and the International Seismological Centre executive committee. In 2015 he was awarded the Beno Gutenberg Medal by the European Geophysical Union for his outstanding contributions to seismology. In 2019 he was elected member of the US National Academy of Sciences.