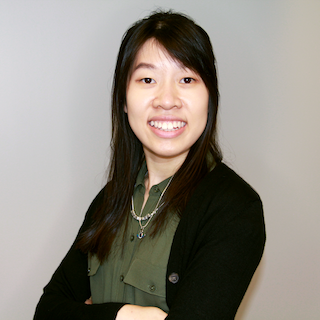 Caroline is a Ph.D. student at Columbia University in the Department of Earth and Environmental Sciences. Between graduation and her Ph.D., she was a project coordinator at NASA Goddard Space Flight Center/ Science Systems and Applications, Inc. in Greenbelt, MD, where she launched and managed the NASA citizen science project Landslide Reporter. Inspired by her work at NASA, Caroline became interested in using satellite data and statistical modeling to understand natural hazards, particularly fire activity, and joined Columbia University in fall 2019 under the mentorship of her advisor Dr. Park Williams. She was awarded the Future Investigators in NASA Earth and Space Science and Technology (FINESST) grant, which will fund her Ph.D. research to study and model wildfires in the western United States using satellite data and other big datasets.

On the side, she is motivated by her passion to increase access to opportunities in STEM and dedicates her free time to mentoring students and volunteering for outreach and diversity initiatives in the aerospace and earth science communities. She serves as a member of the Executive Team for the Brooke Owens Fellowship. She also enjoys creating art in the form of illustrations and comics.

Caroline graduated in May 2017 with an A.B. in Earth & Planetary Sciences and a minor in Environmental Sciences and Public Policy from Harvard University. Her senior thesis research titled, "25 Years of Carbon Exchange and its Factors in the Harvard Forest", received an Honors recommendation.

She has been recognized as a NASA FINESST Fellow, a Finalist for the Paul & Daisy Soros Fellowship for New Americans and a Future Space Leader Fellow. Caroline is also a 2017 Brooke Owens Fellow.