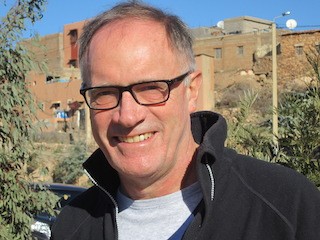 Alex Halliday is the Director of Columbia University’s Earth Institute. He joined the Earth Institute in April 2018, after spending more than a decade at the University of Oxford, during which time he was the dean of science and engineering. He also served as Vice-President of the Royal Society from 2014 to 2018.

With over 400 published research papers, Halliday has been a pioneer in developing mass spectrometry to measure small isotopic variations in objects as different as meteorites and living organisms, helping to shed light on the birth and early development of our solar system, the interior workings of the Earth, and the processes that affect Earth’s surface environment.

As a professor in Columbia’s Department of Earth and Environmental Sciences, Halliday divides his time between Columbia’s Morningside campus and his geochemistry lab in the Comer Building at Lamont-Doherty Earth Observatory.