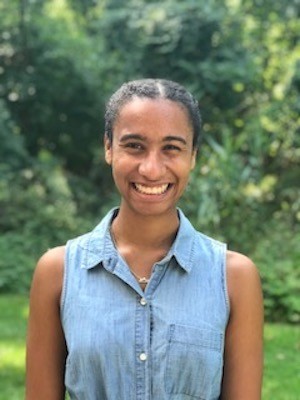 Arianna is a Ph.D. student in the Department of Earth and Environmental Sciences interested in understanding large-scale hydroclimate variability over South America. Using observations, global climate models, and paleoclimate proxy records, Arianna seeks to better understand past drivers of precipitation and drought variability to further constrain hydroclimate projections for the end of the century. Arianna completed her M.S. in the School of Marine and Atmospheric Sciences at Stony Brook University where her research focused on understanding the topographic influences on the North American monsoon in global climate model simulations. Arianna received her B.S. in Atmospheric Sciences from Northern Vermont University-Lyndon (formerly Lyndon State College). During her time at Lyndon, Arianna became interested in science communication and helped establish what is now The Climate Consensus. She hopes to build a career at the intersection of science, policy, and communication by doing research centered on regional climate change and working with policy analysts and decision-makers to help build robust science-based policies to create a sustainable world. Her hobbies include hiking, yoga, and talking about climate change with anyone and everyone who will listen.